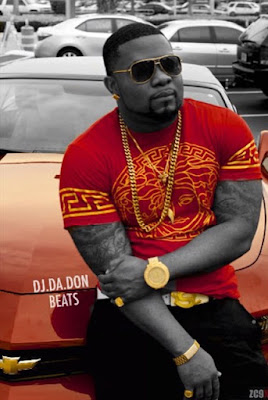 DJ Da Don,
born Djoudrjy Chiffra, is an artist and super producer. Born September 21, 1988 in
Haiti, it wasn’t long before his parents emigrated to the musically and culturally diverse melting
pot known as Miami, Florida. Years later he moved to the murder capital of the United States,
where he began to run around with the likes of company such as Chief Keef, Lil’ Reese, and
other
affluent members of the street gang “300.” DJ, as he’s known by those close to him, was
headed
down a similar path of destruction like many Chicago youth residing on the Southside—until he
was introduced to a producer from 300 by the name of Young Chop (born Tyree Pittman).
Absorbing game from the young rapper, producer, and record executive, it wasn’t long before
DJ
began showing interest in the music industry.
In 2011, he started working on his own music, crafting beats for Chicago rappers like Sosa, Lil’
Durk, and more. Influenced by his upbringing in the streets, he resonated with artists such as
Rick Ross, Young Jeezy, and Gucci, rappers who masterfully cultivated hood tales from their
own
authentic experiences. Grounded by his Haitian heritage, DJ Da Don used that as a means of
establishing connections with other Haitian-American producers, artists, and promoters. Over
the course of his career, he’s accumulated producer credits from global artists such as
Moneybagg Yo, NBA Youngboy, and Tee Grizzley, just to name a few.
With one of his many goals being to put producers from the Midwest on the map, he also
desires
to get back to his Miami roots by incorporating elements found in tracks by Miami natives like
Trina, Ice Billion Berg, and Ball Greezy. DJ Da Don has been featured in publications such as
“On
The Come Up Magazine,” and has built up an impressive organic following on Instagram. His
secret? Being a genuine person and fostering meaningful relationships with the artists he’s
worked with. This sense of relatability has landed him access on tours featuring Lil’ Durk, Yella
Beezy, and Da Baby. So, who is DJ Da Don On Da Track?
The world is about to find out.