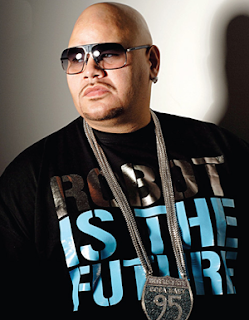 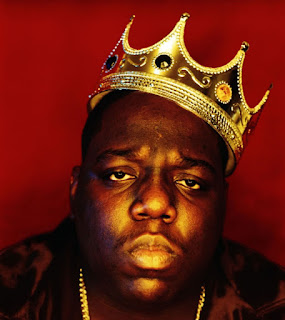 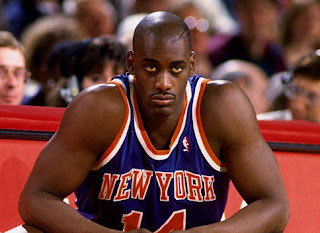 Which Knick was Biggie talking about in 'I Got A Story To Tell' One of rap's biggest mysteries finally has an answer. Appearing on ESPN's Highly Questionable, Fat Joe was asked about Biggie's 'I Got A Story To Tell' and whether or not he knew which member of the Knicks that B.I.G was rapping about. After saying he wasn't going to name names, Joe Crack revealed that the song was about the late Anthony Mason. Not only does Biggie rap about banging Mason's girl during the song but he also claims to have pulled a gun on him, robbing him of thousands of dollars in the process. "The shit she kicked, all the shit's legit She get dick from a player off the New York Knicks Nigga tricked ridiculous, the shit was plush She's stressing me to fuck, like she was in a rush We fucked in his bed, quite dangerous I'm in his ass while he playing against the Utah Jazz My 112, CD blast, I was past She came twice I came last, roll the grass" "Then I heard her moan, honey I'm home Yep, tote chrome for situations like this I'm up in his broad I know he won't like this Now I'm like bitch you better talk to him Before this fist put a spark to him Fuck around shit get dark to him, put a part through him Lose a major part to him, arm, leg She beggin me to stop but this cat gettin closer Gettin hot like a toaster, I cocks the toast, uhh Before my eyes could blink She screams out, "Honey bring me up somethin to drink!" He go back downstairs more time to think" "Got dressed quick, tied the scarf around my face Roped the bitch up, gagged her mouth with the pillowcase Play the cut, nigga coming off some love potion shit Flash the heat on em, he stood emotionless Dropped the glass screaming, "Don't blast here's the stash, a hundred cash just don't shoot my ass, please!" Nigga pulling mad G's out the floor Put stacks in a Prater knapsack, hit the door Grab the keys to the five, call my niggas on the cell Bring some weed I got a story to tell, uhh..." It has long been speculated about which member of the 90s Knicks was the unfortunate soul that Biggie emasculated, but nobody ever would have guessed it was the bruising power forward, Anthony Mason. John Starks or Scott Brooks? Sure. But not Mase. Believe it or not?