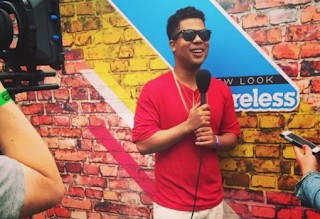 iLoveMakonnen says OVO didn't want him after he lost weight. iLoveMakonnen made his departure from OVO appear amicable in an official statement released last week. "I cannot thank OVO, 40, Oliver, Future & Mr. Morgan, enough for all that they have done for my career," he wrote. "Sorry there’s no beef to report." But in a series of Snapchats posted over the weekend, Makonnen expressed bitterness at the ways things ended with Drake and OVO. "Views From the... What’s that nigga album?” he said. “What’s that dumbass album with the sky shit? Take Care or some shit?" He went on to explain that he believes his weight loss is the reason OVO lost interest in him. “’Why’d you leave OVO?’ Because I was underweight now,” he said. “When I was overweight, they were fucking with me. That’s what OVO stands for: ‘Overweight Only.’” Makonnen's DIY aesthetic, psychedelic voyages, were never in tune with the polished sound and image OVO has cultivated. He is still signed to Warner Bros, but as of Drink More Water 6, he is no longer affiliated with OVO. Makonnen later backtracked and expressed his admiration for Drake on Twitter. "I have nothing but love and respect for drake. Period," he wrote. Watch his anti-Drake/OVO snaps and his follow-up comments below.