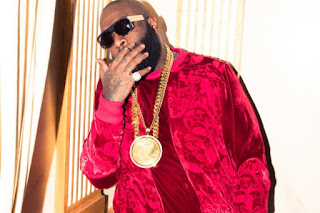 Charlamagne receives boxes of Rose from Rick Ross, seemingly in response to his face-off with Birdman on The Breakfast Club last week. Charlamagne has received another shipment of bottles, this time courtesy of Ricky Rozay. At the end of July, after avowing do so on "Back to Back," Drake sent a peace offering to Charlamagne in the form of six bottles of Dom Pérignon. A new shipment of bottles arrived in The Breakfast Club studio this morning -- six BOXES of Luc Belaire Rose, for which Rick Ross is a proud spokesman. While it's clear that Ross one-upped his bottle shipment, the move likely wasn't intended as a shot against Drake; however, the target could be Drake's boss, or "that pussy that you're signed to," as Ross rapped on "Color Money." During a December appearance on The Breakfast Club, Ross spoke out on his disrespect for Birdman, thus confirming the Cash Money boss as the "pussy" in question on "Color Money."