Zaytoven speaks on the recent loss of Bankroll Fresh. (News) 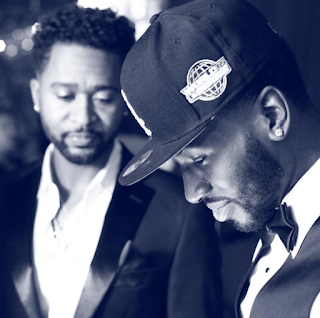 Zaytoven speaks on the recent loss of Bankroll Fresh. The hip-hop world is suffering through yet another tragedy today, as it has been confirmed that rising Atlanta rap star Bankroll Fresh was shot and killed last night outside of his recording studio. Still shaken by the news, prominent ATL producer Zaytoven was willing to speak to Complex and share his initial reactions to the passing of his frequent collaborator. Zaytoven revealed he had just left a Future concert when he heard about the shooting. It was rapper Tracy T who first notified him, and eventually, he was able to get through to Cap 1 of 2 Chainz' The Real University label (to which Fresh was also signed), who confirmed that Fresh had not survived the incident. "It brought tears to my eyes, man. That broke my heart. He was like a younger brother to me," said Zaytoven. He also spoke on what he respected most about Fresh's artistry: "It was just him being authentic. His sound, his style, and his personality." Apparently the last time the two saw each other was just two days ago, when Fresh pulled up to Zaytoven's house to show him his brand new truck. During the interview, Zay implied that he has no idea about what might've led to the tragedy. Though he considers a handful of young rappers, like Fresh, to be family, he oftentimes -- because of his age and his focus on music -- doesn't know what they might be getting into in the streets. "Remember Bankroll Fresh, because that's a senseless death. It's no reason you should go out and die over something that's probably over nothing, and you had such a great talent and such a bright future. I want him to be remembered in that sense," said Zay on the importance of keeping Fresh's legacy alive. To honor his legacy, Zaytoven wants to put out some of his unreleased collaborations with Fresh. "I want to make it grand, I want to put it on a big stage," he said of his future plans to release a posthumous Bankroll Fresh project.