Rick Ross has reportedly been indicted on several charges News) 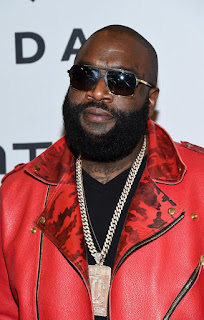 Rick Ross claims that the groundskeeper was using his guest-house for cocaine parties. Rick Ross has reportedly been indicted on several charges, including kidnapping, aggravated battery, aggravated assault, and possession of a firearm while committing a crime. The indictment stems from a June 2015 incident in which he allegedly ushered Jonathan Zamudio, one of his groundskeepers, into a guesthouse at gunpoint and pistol-whipped him twice with a 9mm Glock. According to TMZ, Ross' attorney Steve Sadow is arguing that Zamudio was using the guesthouse to throw parties and use cocaine and other drugs, and that Ross was "acting in self-defense and in defense of his property when he encountered trespassers." In other words, Sadow isn't denying the Ross pistol-whipped Zamudio, but rather arguing that Ross was within his rights to pistol-whip Zamudio. No date has been set for the trial. We will keep you posted as the story develops