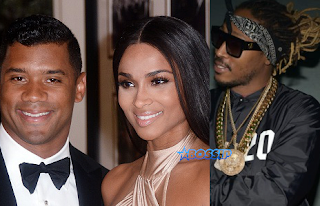 After Ciara and NFL star Russell Wilson announced their engagement Friday, Future spent time in the company of another woman. Actually, several. The 32-year-old rapper headed to the Dallas strip club VLive for an impromptu after party following his concert at the South Side Ballroom in the city. The venue's Instagram page later featured a video showing him inside, holding a wad of bills while standing with a male friend. The rapper posted on Instagram a photo showing him holding several thousand dollars' worth of $100 bills.