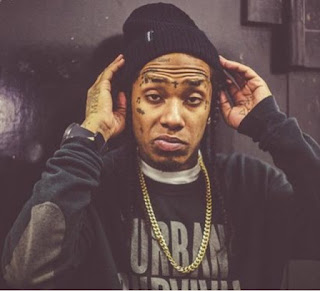 Young Money's Flow is reportedly wanted for double murder in NewOrleans. It looks like Young Money rapper, Flow, has found himself in aworld of trouble. The rapper is being sought in the connection of adouble murder, which happened last week in New Orleans. According toTimes Picayune, the New Orleans police have obtained a warrant forWidner Degruy’s (Flow) arrest. In some surveillance footage released bypolice, Degruy (Flow) and an unnamed man can be seen “allegedly”fleeing the scene. Degruy appears in the video wearing a dark coloredhooded shirt, police said. According to reports, brothers Kendrick andKendred Bishop were found shot inside a black Kia sedan on May 25. Bothdied on the scene, and police haven't released a motive for the crime.This isn’t Flow’s first run-in with the law and gunfire either. Back in2013, the YMCMB rapper was arrested for attempted murder afterallegedly shooting and robbing someone, but the case was dropped whenthe victim didn’t show to court. (news)

There are so many useful information in your post, I like it all the time. And I want to share this what is aso with you, you can take a look. This is very useful.