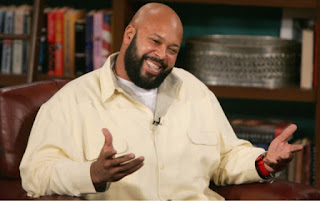 The saga of Suge continues. One day after being named in a wrongful death suit filed by the family of Terry Carter, Suge Knight is now being sued by photographer Leslie Redden whom he and Katt Williams allegedly robbed and battered in Beverly Hills on September 5, 2014. According to The Hollywood Reporter, Suge "quickly and angrily" confronted Redden outside FilmOne Studios, believing she was furtively photographing him and his son. Redden contends that she was not taking Suge's photo. In the suit she claims that he told her he had a "bitch to come beat your motherfucking ass," at which point she attempted to leave only to be accosted by Williams and a woman believed to be his girlfriend. The woman knocked her to the ground as Williams yelled for her to delete the photos of Knight before wrenching the camera from her grasp. Redden alleges she sustained "severe injuries to her neck, back, fingers, wrist, and other parts of her body as well as "great emotional pain and suffering as well as probable neurological and cognitive problems." Read the whole lawsuit here.