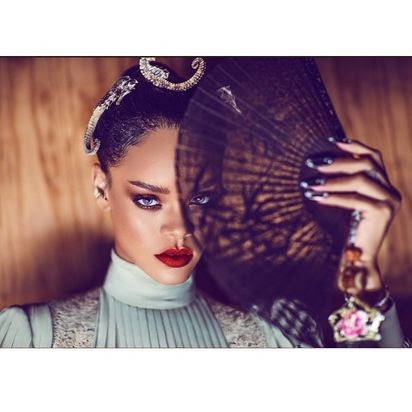 Rihanna slated to become Dior's first ever black spokesmodel. Rihanna will star in the fourth installment of Dior's "Secret Garden" video series scheduled to run in film and print this spring, making her Dior's first ever black ambassador. She joins notable Dior ambassadors Jennifer Lawrence, Marion Cotillard and Natalie Portman. The pop star was spotted this week in Versailles on set with filmmaker Steven Klein, reports Vogue UK. The third installment of the series, also set in Versailles, has amassed over nine million views on YouTube since Dior released it in May 2014. International Business Times reports that Rihanna will succeed Charlize Theron as the face of Dior's "J'Adore Dior" line of perfumes.